But after repeating it a number of times, finally I can really appreciate this pathway, especially the OxPhos. By the way, OxPhos is operated by series of electron transport chain (ETC). 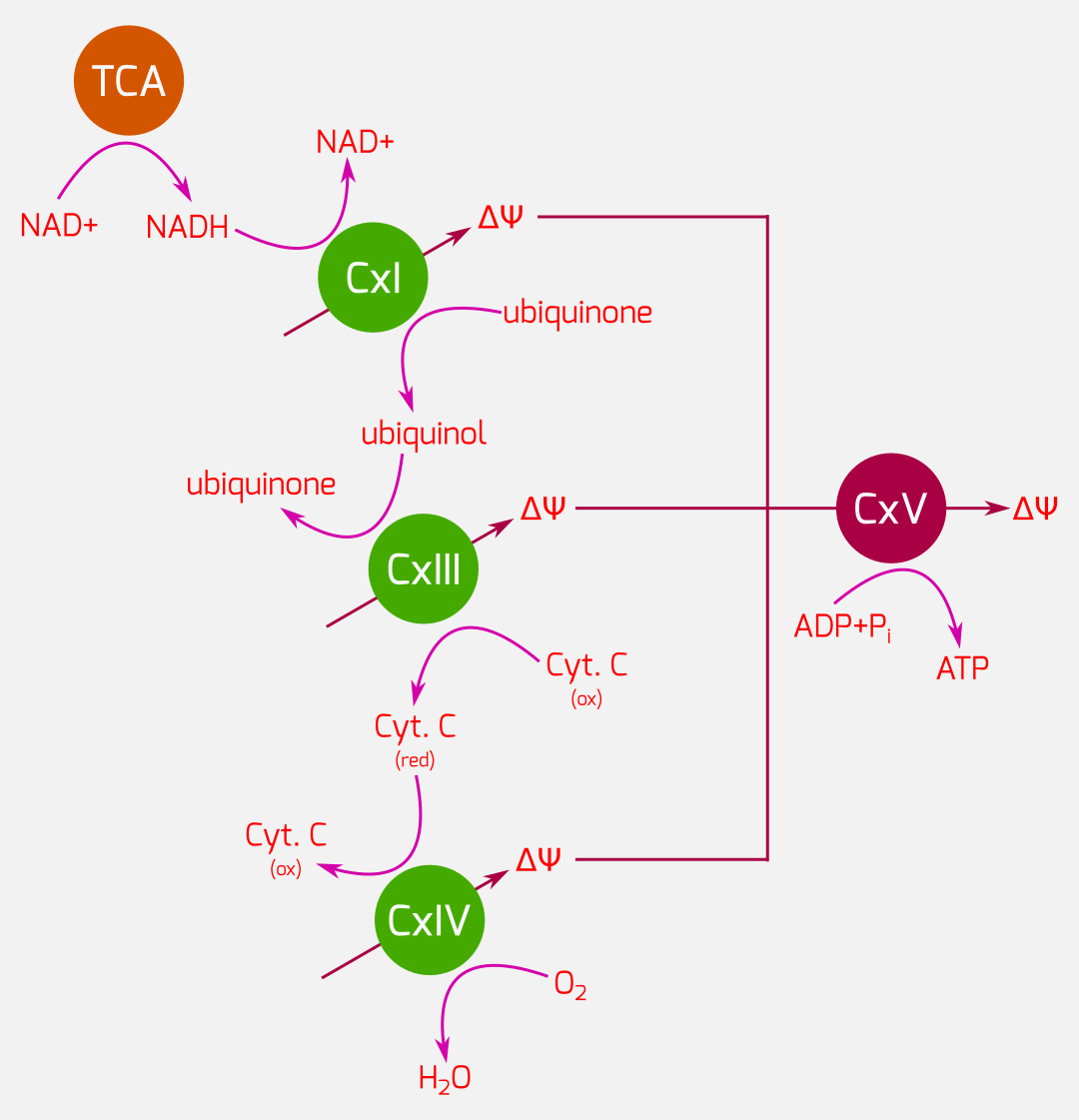 This chart is for me to understand the flow of electron from the one of the TCA’s end products, the NADH. Complex I (CxI) consumes the NADH, generating the proton gradient (ΔΨ), then exporting electron to the CxIII via the ubiquinol, then CxIII does its job… yeah, you get the idea (and I am too lazy to go into the details).

One of the most important aspects that we learned in Cell Biology here at URMC is the concept of mitochondrial coupling process: CxI-CxIV generates ΔΨ for the eventual consumption by the CxV (a.k.a the ATP synthase). If there is an uncoupler (e.g. FCCP), proton leaks out of the mitochondria into the cytosol. All CxI-CxIV will try to replenish the ΔΨ but it keeps leaking, thus CxV is unable to operate to produce ATP. 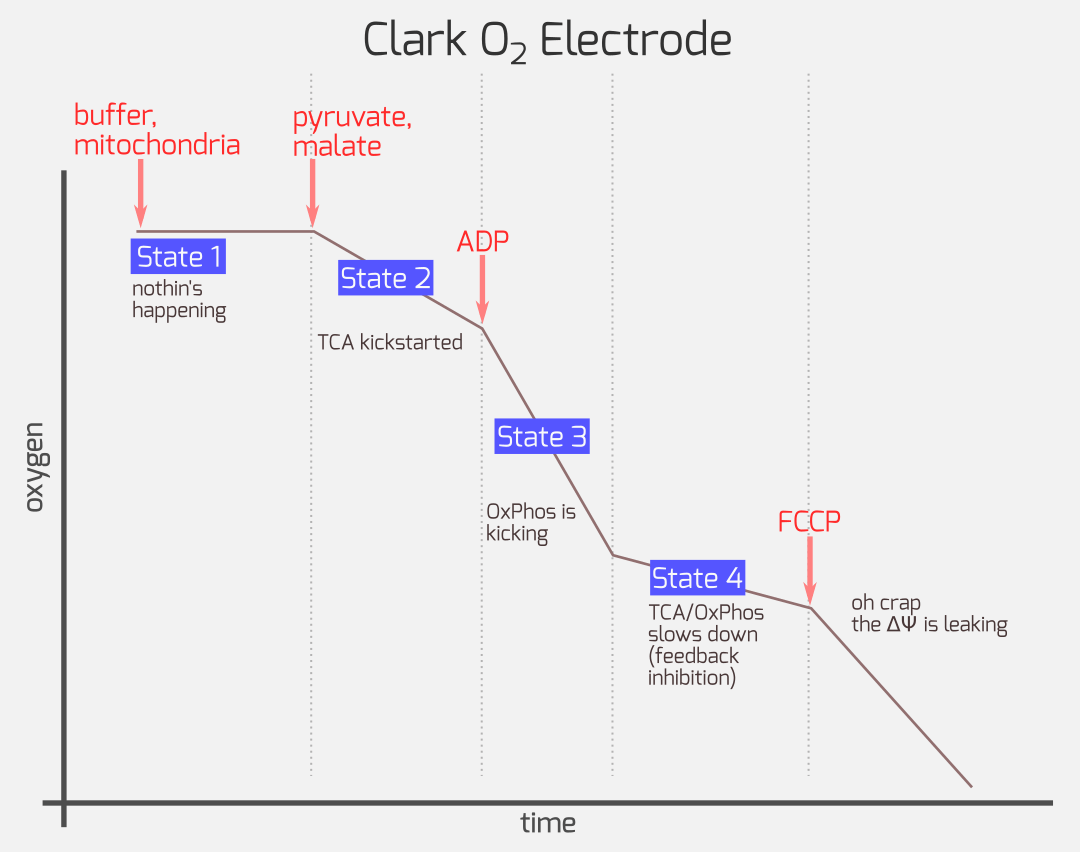 Clark Electrode when there’s an uncoupler, the FCCP. CC-BY 4.0

That’s all for today! All charts are made in Inkscape, FYI.