Putting the title “server maintenance” kinda makes me look like an expert sysadmin, while I am actually not. I have 4 servers running right now (bittorent server, blog server, Wikipedia server, forum server). Yesterday I did an operation to shut down my NodeBB forum because of two reasons: I was not actively using my NodeBB forum, and I wanted to do a test-drive on Discourse forum system for my upcoming project soon.

A full rundown of the process is available here on aixnr/linuxconf activity history. This piece is going to highlight a few interesting notes for future reference.

I didn’t want to use sftp to retrieve and upload files from local to the server. Sometimes I could easily find myself lost in the middle of blinking cursor on the terminal. To save myself from risking my sanity, I would prefer to have GUI for transferring files back and forth. I opted for sshfs, but not on my OSX.

To use sshfs on OSX it requires me to install OSXFuse. I am not a fan installing additional driver on my OSX (I don’t even have NTFS driver on my OSX), not to mention the the installation package is hosted on SourceForge. I have a VirtualBox instance running on Xubuntu, so let’s just use that. 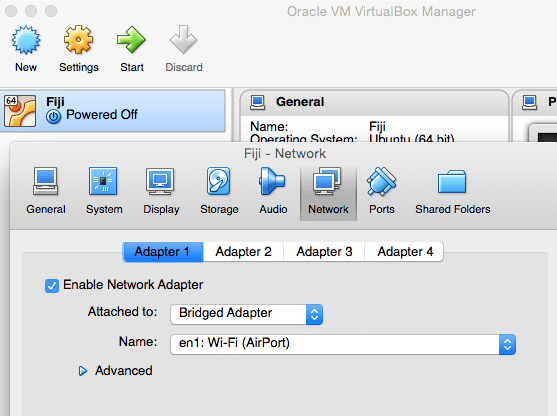 I even suprised myself when I came up with the idea to use full website mirror technique as a means of backing up the website. When I was about to take down talk.aixnr NodeBB forum, I said to myself “we have gems in here, so it is quite a waste to keep it to myself only in form of database dump”.

To create a mirror of talk.aixnr, I first used httrack (installed via brew on OSX). The process is quite easy. If you just run httrack on the terminal you will be greeted with interactive wizard to mirror a website. If you already got the hang of it, simply run:

-r4 here means it will go 4 links deep (I am not sure what does that actually mean). My first mirror copy of the talk.aixnr created by using the httrack worked well on my local computer, but (plot twist), it broke on my server. I did my homework to find a viable alternative… guess what… wget.

And it worked very fantastic, both local and on my server. The problem I had with this setup was that each thread had .html extension when reached through the browser instead of trailing slash (original configuration of the NodeBB uses trailing slash for each thread). To solve this, let’s tell the nginx to rewrite every trailling slash to .html.

Why bother rewriting the URL? Because I have a few articles on my blogs linking my afterthoughts and discussions to talk.aixnr. The original URLs are all ended with trailing slash, so it will hit error 404. Instead of editing the articles to reflect the URL changes (only noob does it), tell the nginx this: “when people come here with trailing slash, silently behind the screen, modify the trailing slash to .html so that he or she won’t get error 404”.

I favor fenced code block compared to 4-space indent for <pre> block. That way I can tell the syntax highlighter the language I am babbling.

MariaDB installation process hit a wall, hard. This time I was installing MariaDB on 256MB instance, the installation process was interrupted by errors that I didn’t recognize. Some people on the internet said it might be due to low memory (which could be a factor). To remedy this, one would go with adding swap space with swapfile, because adding RAM is not possible in most cases.

I prefer fallocate, some prefer dd. I think fallocate is a bit more elegant. When I issued sudo swapon, the terminal returned me this:

I might be gravely inaccurate with my definition, but that’s how I think.

Plot twist: it was not because of the memory the MariaDB installation failed.

MariaDB post-installation configuration runs atop ncurses, which requires dialog to run. I didn’t have dialog installed, so the MariaDB configuration process looked a bit disorderly awkward.

When I was configuring PHPmyadmin, I had to edit php.ini and nginx.conf to overcome the 2MB upload limitation (the SQL dump file I had was 8MB in size). I was lazy to google for the location of php.ini, so I relied on locate to find the configuration file.