A couple months ago, I had this one weird problem running autoreload for my sphinx installation. The sphinx folder was on my Windows 10 host, and the autoreload was run on Fedora guest virtual machine through the shared folder feature on VirtualBox. The error was something related to file system, which was beyond my ability to trace the to fix. I decided to move that sphinx folder into Fedora (now outside the shared folder), which means I would not have a direct and convenient access anymore into the folder.

How to get around that? Network file sharing with samba (SMB) protocol. The idea is that I have samba running on my Fedora guest with a shared folder exposed through it, and then connect to that shared folder on my Windows 10 host.

I first tried using NAT adapter and planning to port-forward through the VirtualBox, that did not work. What worked was having 2 adapters for the guest machine: NAT for the first adapter and Host-only for the second adapter. In the past, this 2-adapter configuration did not quite work for me, but this time it worked so… I find that quite interesting. 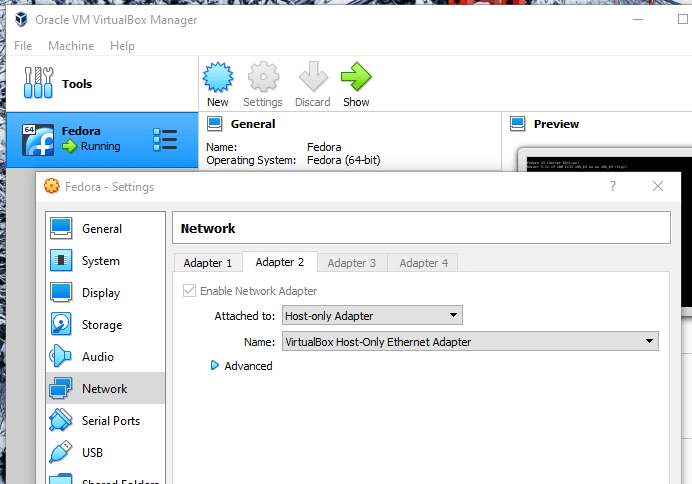 First, install samba package. It runs, by default, on port 139. For setting up the networking with the aforementioned 2-adapter configuraiton, there are 2 parts:

For part 2, ensure the IPv4 properties for the “VirtualBox Host-Only Network” adapter is enabled and has the following settings for “IP address section” 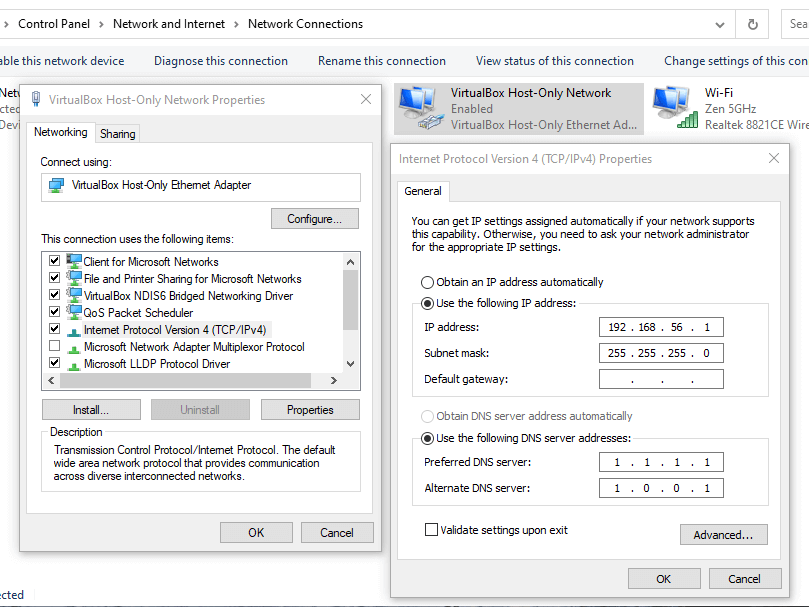 On VirtualBox Manager, for Network section, ensure the VirtualBox Host-Only Ethernet Adapter is active. Then, boot up the VM, and check if it is active or not (with ifconfig command). 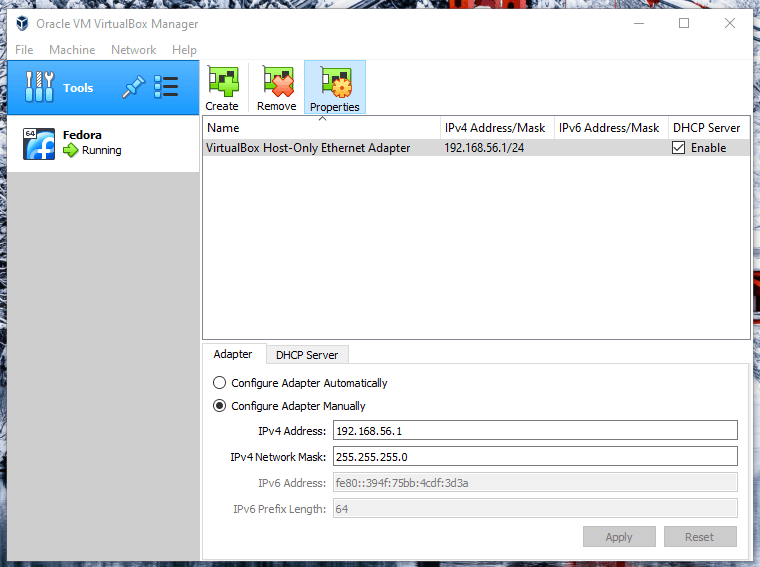 First, back up the default config file, and then create a new config file:

The systemd service file for Samba is smb. Then, add a $USER to Samba

If $USER is not specified, it will assume root, because sudo. Not recommended.