Couple weeks ago I presented a draft on my CRISPR/Cas manuscript to my principle investigator. Specifically it was about the nitty-gritty details of the Cas9 protein. She came to me and said, “these looks like an alphabet soup, so it would be nice if you could explain more on the HNH and RuvC.” She was right. Then I studied a little bit more on the origin of the RuvC and HNH.

I thought it was easy to understand. It was not. Let’s go with the HNH first because that one is slightly easier than RuvC.

HNH here refers to its structural motif bearing the conserved amino acid sequence of H-N-H. Found in many enzymes typically in nucleases like Colicin E9. Proteins that harbor the HNH motif usually has a consensus sequence of approximately 30 amino acids including two pairs of conserved histidines and one asparagine that forms a zinc-finger domain (that’s mouthful). Proteins that contain the HNH motif fall into the HNH superfamily. Mechanistically, HNH motif interacts mostly with the minor groove of the DNA it is interrogating, capable of inducing a strand break.

So for HNH, we now know that the name came from its conserved structural motif that mediates the interaction between the protein and the DNA. So what about the RuvC?

First, we need to know about a complex of three proteins known as RuvABC. At first, it was hard for me because to understand the RuvABC protein complex I had to learn a little bit about the Holliday junction, which its formation occurs during the homologous recombination in bacteria because there is where RuvABC plays a role (for a second time, that’s a mouthful). Aside from the homologous recombination, RuvABC complex is also responsible for mediating a DNA repair process. 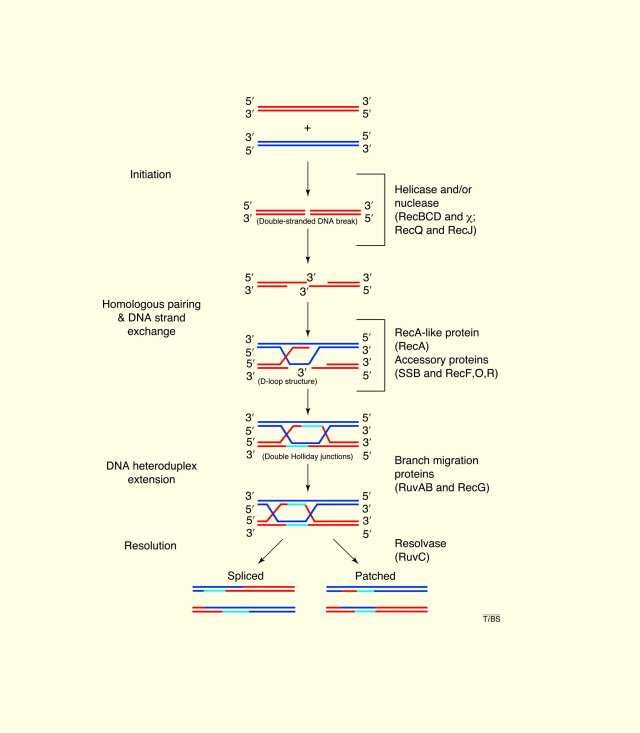 See, RuvC is a little bit hard to understand. 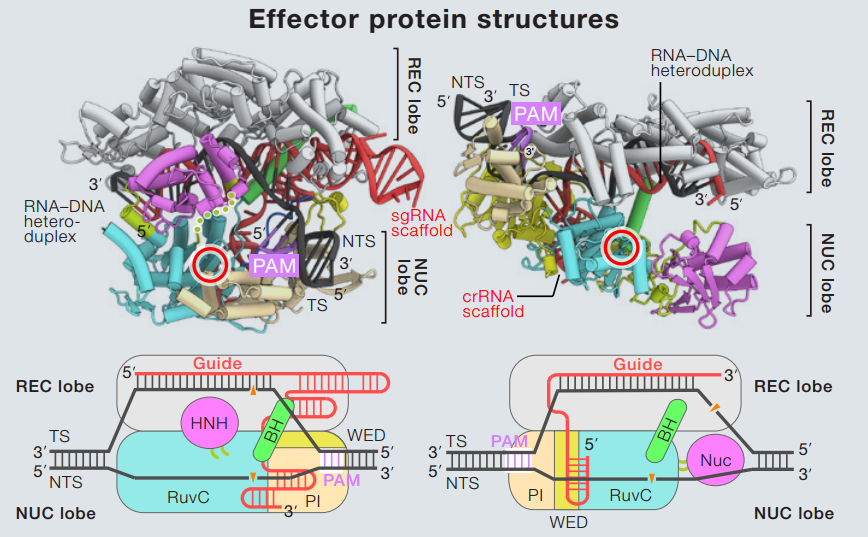