I do not believe it.

I never wrote a review about an anime before, nor commented on any of the episode thread on r/anime.

Here I am, writing how I felt after the season finale of ReZero S2 that got aired today. The ending was along the line of “happily ever after”, but I realized the real ending is far from today’s savepoint. Subaru probably has a lot more dying awaits him in the near future.

I have nothing to say about Natsuki Subaru other than praises. A main character with no muscles nor biceps to show for, but calculatively plans deceits and diversions, great with wits and words. We all enjoy his presence, and Emilia is a lucky one.

The first few episodes in the first season was, in hindsight, pretty slow. Subaru had a lot of learning to do, and getting used to dying is a unique experience I am sure no one would enjoy. The trauma from dying fried his brain a little, but he learned to dust away the trembling. His wits began shining, and shining so bright after the hakugei was downed with a combined force of 3 (technically opposing) factions, which he led with victory.

And then, his sweet tooth caused me to immediately be on a run to look for diabetic medications. Emilia, while having Subaru on her lap (ugh, need it) and at the same time basking in self-loathing for being a silver-haired half-elf (subject of scorn, er, of the entire kingdom?), Subaru comforted her by saying “if you name ten things you hate about yourself, I will list two thousand things I love about you”.

Can’t one-up Morgan Stark’s “I love you 3000” though, but credits must be given whenever due.

Although Subaru did spoil Emilia (out of love, but I caution you that this can backfire you so nastily you would regret it one day the way I did few years ago), he did not hold back punches criticizing Emilia’s bad behavior. Okay, “bad behavior” is not quite the right term, Emilia just simply not used to being treated nicely, with care and affection. She believed it was transactional, that Subaru being nice to her must translate into her being useful to Subaru. Her inexperience receiving unconditional love making her confused and conflicted to understand Subaru’s motivation.

She felt she was useless. She was not recognized as a heir-candidate to the throne, the village under her guardianship was neither that hostile nor friendly to her, could not even complete the first of Echidna’s trials for the first few times.

She hated broken promises. Puck broke his promise, and Subaru broke it few times (to be fair, Subaru had solid reasons, just that it would take serious conversation, and sometimes Subaru could be so dumb). This led to a fight between Subaru and Emilia. She did not understand the concept of love (bet she could ask Petelgeuse Romanee-Conti about that… okay bad joke I know), and was really struggling to understand all the pains Subaru took for her all in the name of love and nothing else.

A fight that cleared things up, Emilia conquered the first trial and the subsequent trials while being (mentally) unscathed. Heck, her taking on the second and third trials like a walk in the park sorta kinda broke Echidna. She emerged as a stronger person, even the insults Roswaal hurled at her was considered as mild, like most hot sauces in the USA… no, seriously.

It was great. It is an anime you see both main female and male characters grew up, almost in lockstep, to achieve the good ol’ happy ending. 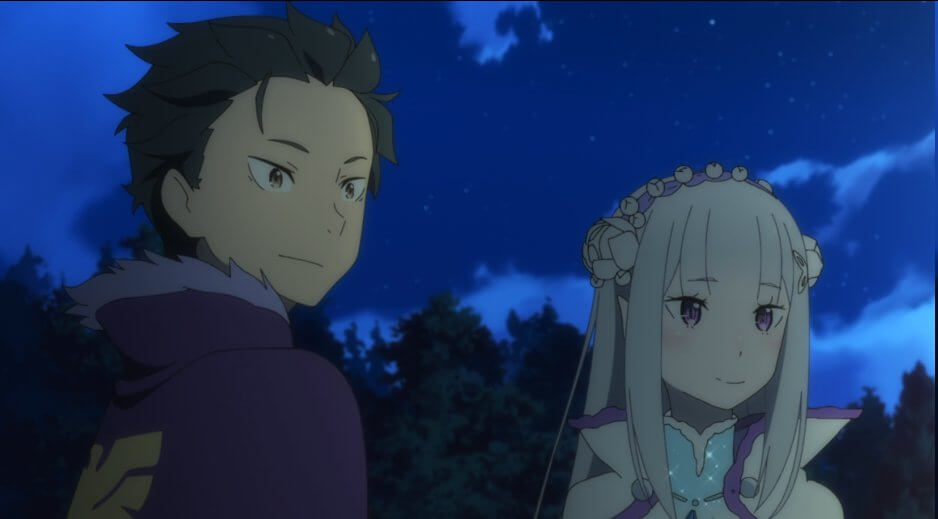 I am envious. And perhaps, feeling an insatiable greed to experience the same emotional growth. That being said, I well understood there is a curse placed on my tainted soul and I am… sort of okay with that.

After losing quite a bit in life, I am an ardent believer that one should be content with losing everything, as long as not losing oneself. After all, happiness is ephemeral, suffering is eternal.