Oh hey, I am now back on a Windows machine. After having used macOS (or OS X, as it was previously called) exclusively for almost 5 years (pretty old MacBook mid-2012 generation), the progression to familiarize myself again with a Windows-based machine (it is Windows 10 Education edition) was an arduous one. Nevertheless, I like the UI/UX that Windows 10 offers, speaking in the context of a previous Windows 7 user.

Perhaps this transition merits a write-up on Caspershire Meta.

The outlook to get a full-fledged desktop machine was an idea I once cultivated in my second year of degree (around late 2014), but I never pursued the idea wholeheartedly because of two main reasons: I did not feel the technologies back then were satisfying for the level of performance I wanted (dollar/performance ratio) and I did not have money to build a decent one.

Fast forward years later in 2017, AMD Ryzen made a comeback with a big giant confetti for consumers. I decided to build a Ryzen 5 desktop (R5 1400) with a budget-conscious goal. At the price below $650 for all parts, now I have a decent rig to boost my productivity and to increase my happiness as well.

And I call this machine, affectionately, Natalya Francisca Elric (NFE).

before it all started 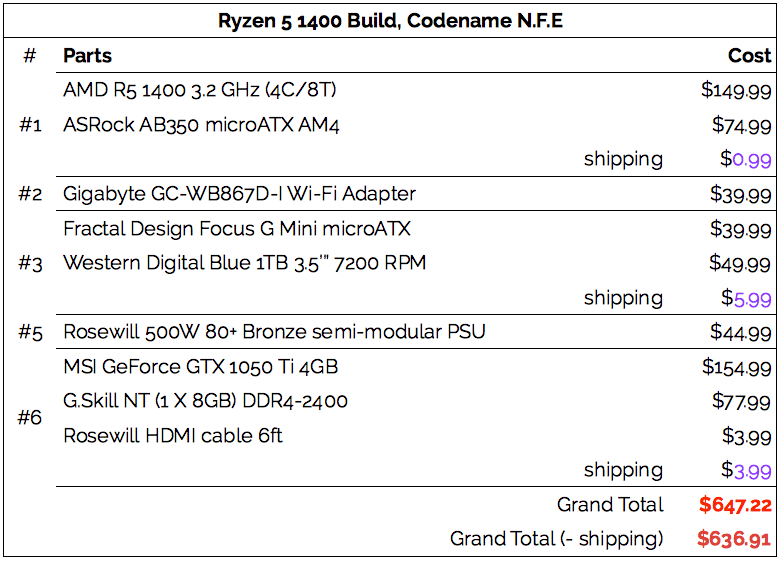 Before it came down to this list, it had undergone revisions. Kudos to my friends in real life, on Twitter, and strangers on Reddit. I frequently exchanged information (my budget and my need) with Adib and Bawang, most of the time.

The first iteration of the list was pretty high end. It sported an R5 1600 (6 cores) but with a non-overclockable A320 AM4 motherboard and it had an SSD in it. As my opinion about my needs and budget evolved over the time, I decided to downgrade my options to an R5 1400 (4 cores) with a 7200RPM HDD, but now with an overclockable B350-based motherboard. This is good enough for my needs and I have zero regrets.

With the B350 motherboard, it opens up the avenue for potential upgrades in the future, or at least until 2020 where we all expect that AM4 motherboard will be retired. People kind of expect that at least 3 generations of Ryzen processors will be using the AM4 socket.

Just to make it clear again, it does not make sense to have a very powerful build if I am not pushing it to its fullest power. With that being said, and R5 1400, slapped together with a 7200RPM HDD and a Nvidia GTX 1050 Ti makes a good sense to me.

Going a little bit more on the technical side, I was at first a little confused when choosing the memory stick. Ryzen CPUs seem to have a preference for certain lines. Specifically, Ryzen CPUs favor the Samsung B-die (die here is in the context of integrated computer circuit). They also benefit from having dual-channel RAM. Meaning that a 2x4GB configuration is better than 8GB single-stick configuration. This has to do with its new cool tech, the Infinity Fabric interconnect. I wish I could write something about the Infinity Fabric, but as of now, I do not have a sufficient scholarly knowledge about it. 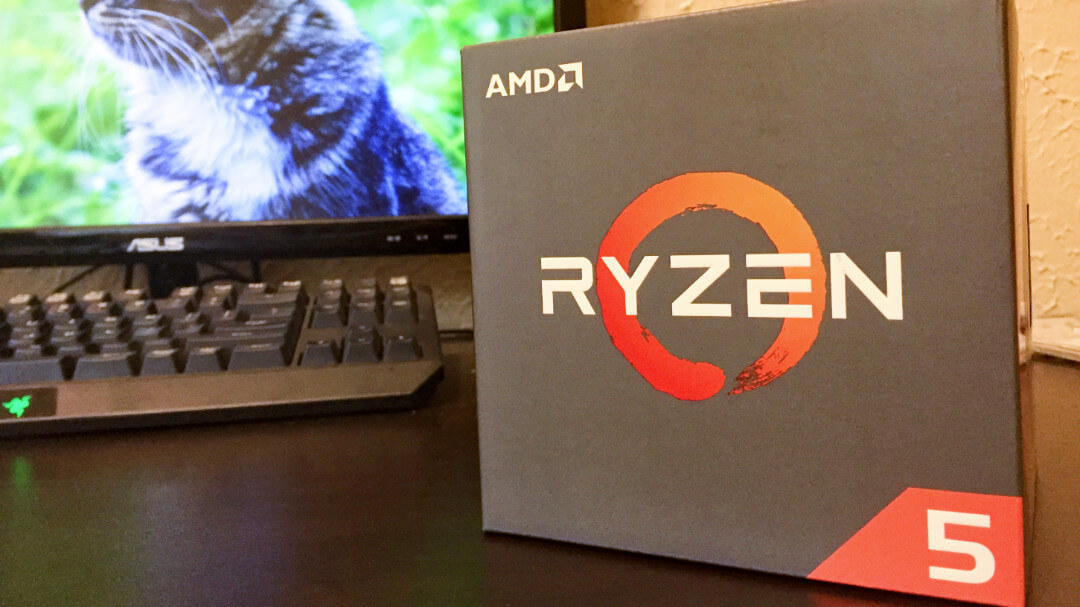 It took a little over than a week for all parts to come through with the R5 1400 made the first appearance at my crib. The best part about piecing this electronic puzzle was that it was a cathartic release.

I had an exam for the advanced biochemistry on Monday (30 Oct) and another one for the Cell Biology on Friday (03 Nov). Man, grad school is hard. When I was in undergrad, I managed to pull good grades with eleventh-hour efforts, but doing so in grad school is like buying yourself tombstones.

So on that Friday (03 Nov), after taking a good chunk of time to rest, I started the operation. Since this was my first build experience, it took me around 4 hours and 5 YouTubes videos to physically stitch them together. The hardest part was to figure out how to put the stock CPU cooler to its place because at first the socket did not seem to match well (gulp!) but it actually matched (phew). I confirmed this after playing games (DotA 2 and CS:GO) while attentively keeping eyes on the temperature of the CPU. It did not go past 43 degree Celsius. Guess I did well. 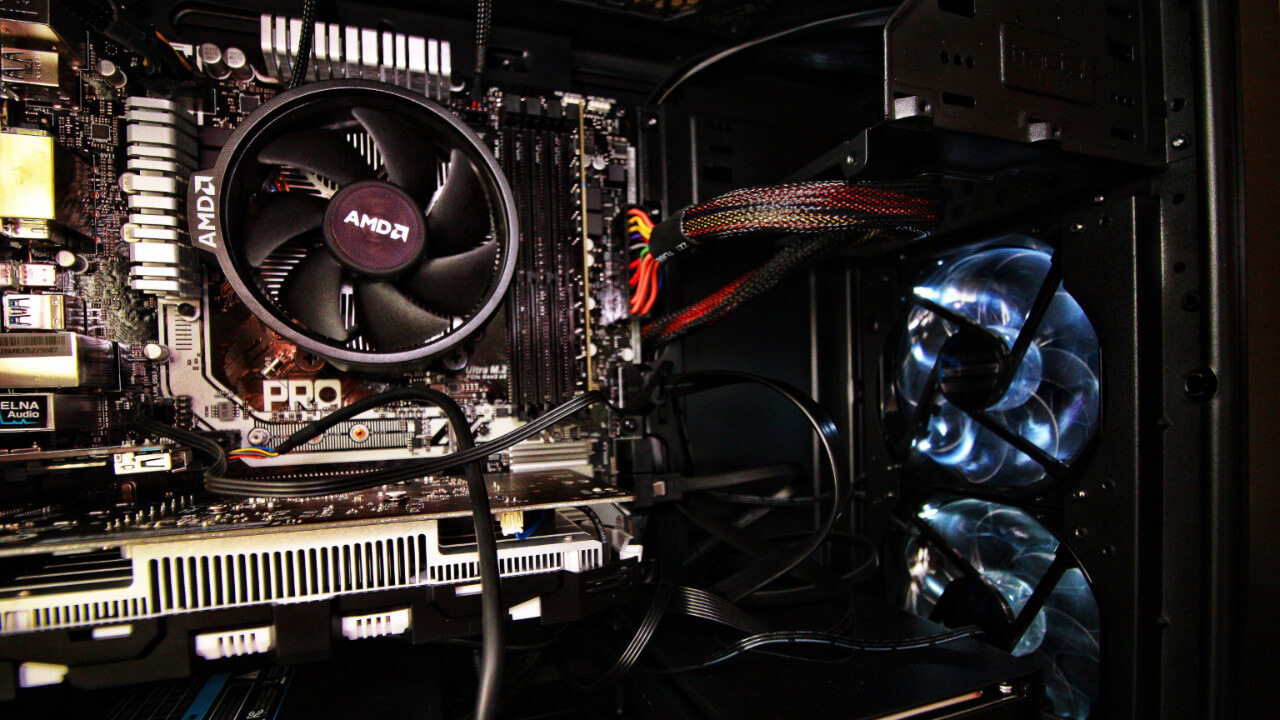 I am so sorry for my depressing cable management performance

I can still vividly remember the days I installed Windows XP on my old machine, an archaic Pentium 4 on a P4 motherboard. The post-installation experience was a crap; the device drivers were a pain in the butt. Starting with Windows 7, it gradually felt better and better. When I was setting up the Windows 10, most drivers were properly detected and loaded with the GPU driver being the only exception (as expected and totally reasonable).

The next couple of hours were dedicated to installing the operating system and applications to make it a habitable place. I have a free copy of the Windows 10 Education Edition for free, thanks to the UR Tech Store at the URMC. I also have a free subscription to the Office 365, and again thanks to the URMC for having a campus-wide subscription to Microsoft’s products.

With the interest of brevity, I want to highlight only a couple of things here. First, you need to really manage your start-up items a.k.a the number of applications you allow to start automatically when you boot up your computer. My rule of thumb is 3 to 4 items at max, but if I can stay at just 1 or 2 items, that would be perfect. Previously on Windows XP and Windows 7, this was done by using the msconfig then go the Startup tab. On Windows 10, go the Task Manager (Shift+Ctrl+Esc) and go to the Start-up tab. 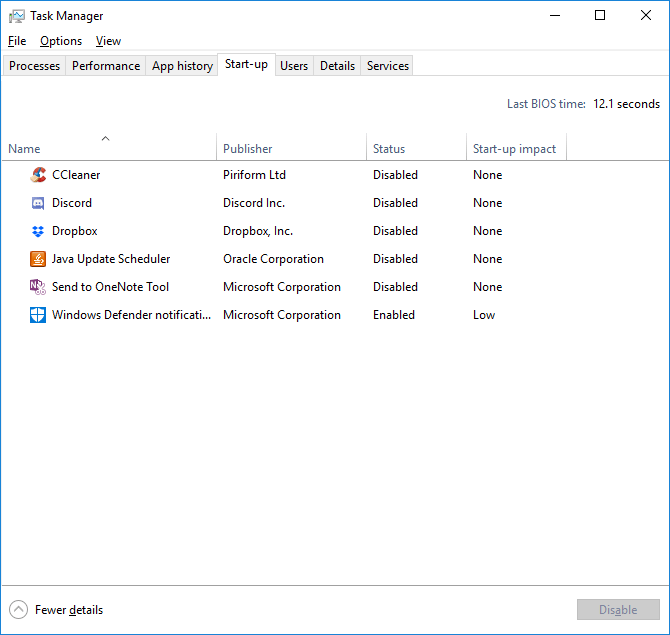 Of course, you can also tell each individual applications not to start at machine startup, e.g. Steam and CCleaner.

When installing or thinking to install a new application, take a step back and think: do you really need that application? Because when you limit the number of applications you put on your PC, it will save space for other stuff and makes management easier. Do a bi-weekly or a monthly cleaning where you check the list of applications and decide whether that particular application is useful or not anymore.

Pretty that is all the advice that I can briefly offer here.

I started missing my *nix-based machine

Probably I took macOS’s UNIX-like command line toolchain capability for a granted. I learned how to use a Linux-based operating system when I was 13 and since I was in high school, I invested my time to learn command line tools. My first foray into OS X was a beautiful experience because of the command line tools, plus the availability of packages via Homebrew.

At first when I got into this Windows 10 machine, I had to look around to get the tools back (e.g. hugo for compiling this blog). I went with Oracle Virtual Machine to run an Arch-based distro (Manjaro) but it only made my productivity suffer from unrealistic complexity. Plus, I had a little bit of problem with the network adapter (bridged mode did not work), so that was the icing on the cake. 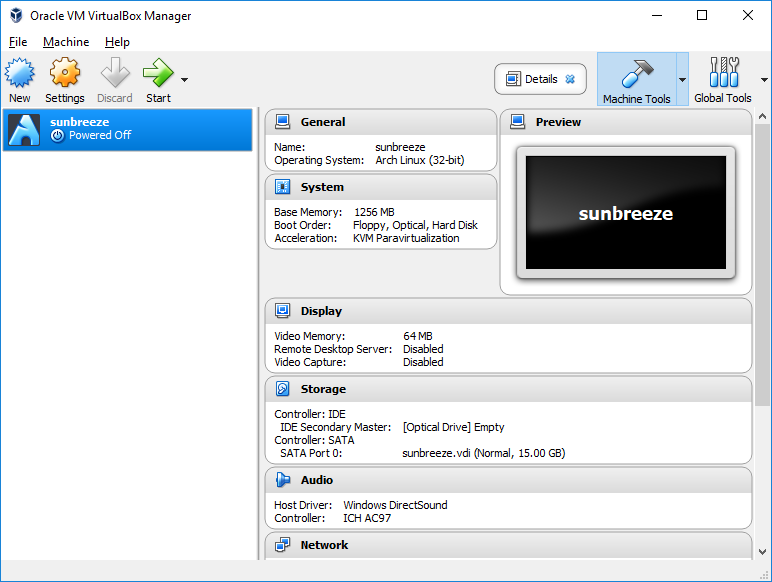 I already knew the existence of the Chocolatey, but I did not know why I was hesitant at first to use it. The concept is similar to brew on macOS and the workflow to install anything is simple. I gave it a go and finally, I reconciled with the fact that I have to use it.

Somehow choco makes me feel homey again. At least I can rebuild and live-reload my Hugo-based blogs before pushing changes to the production server, among other Unix-y things.

If I really need to run a virtual machine again, I might try the Hyper-V, which is included in my copy of Windows 10.

Speaking about overclocking since I have the right motherboard for this Ryzen CPU, I do not have the prospect to lose myself into this yet. I don’t play AAA-title games. My Steam library only has DotA 2 and CS:GO and it will not grow exponentially anytime soon. I might get a copy of the Overwatch and PUBG, but probably not anytime soon.

I am pretty much enjoying my time here. Plus, it is good to have some games in my Steam library to kill time or to enjoy a little bit more of “me” time. Killing people on DotA 2 and CS:GO is kind of therapeutic. It is even more therapeutic when the FPS is a bleedingly fast at 170 FPS for CS:GO and 120 FPS on DotA 2. My old MacBook could only do both around 25 FPS, and that’s with minimum settings. 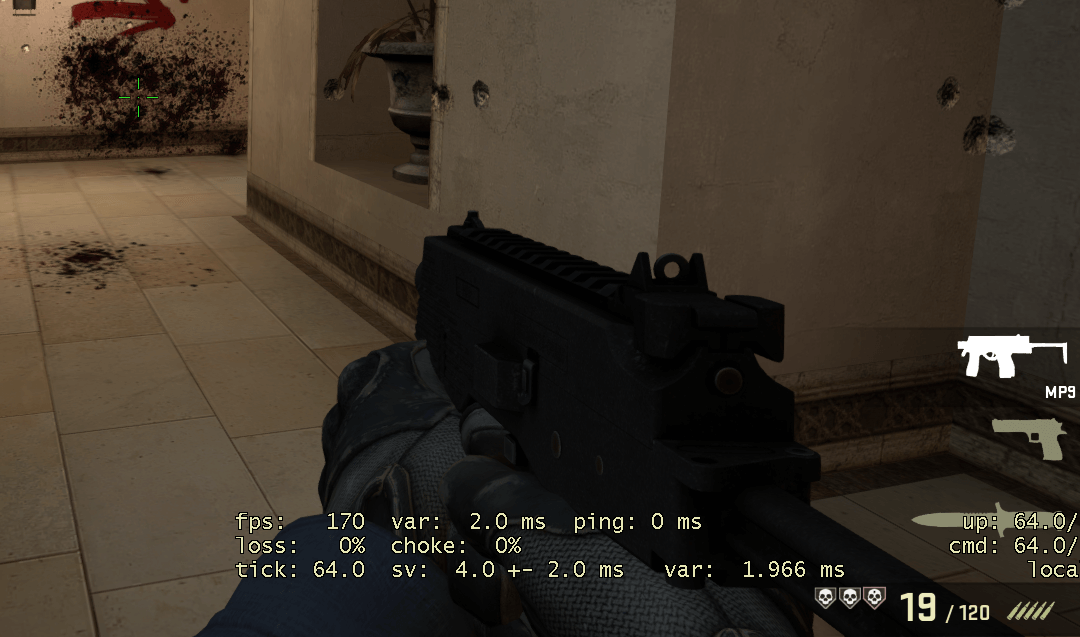 After installing Git Bash, I found out that it is bundled with vim and ssh. That is fantastic. So my writing workflow is not going to suffer a lot.