I saw my friend’s tweet about the G6PD. It made me think for a while. I learned about G6PD in my tissue culture class (fall semester 2015) and in biochemistry class (spring semester 2016). This enzyme is well-studied and implicated in some diseases like the hemolytic anemia and diabetes. Interestingly, the HeLa cell line has this genetic marker and even more interesting, Stanley Gartler stood at a symposium back in 1966 to announce that HeLa had contaminated his lab, an event known as the HeLa Bomb. How did he arrive at this conclusion? Well, thanks to the G6PD. 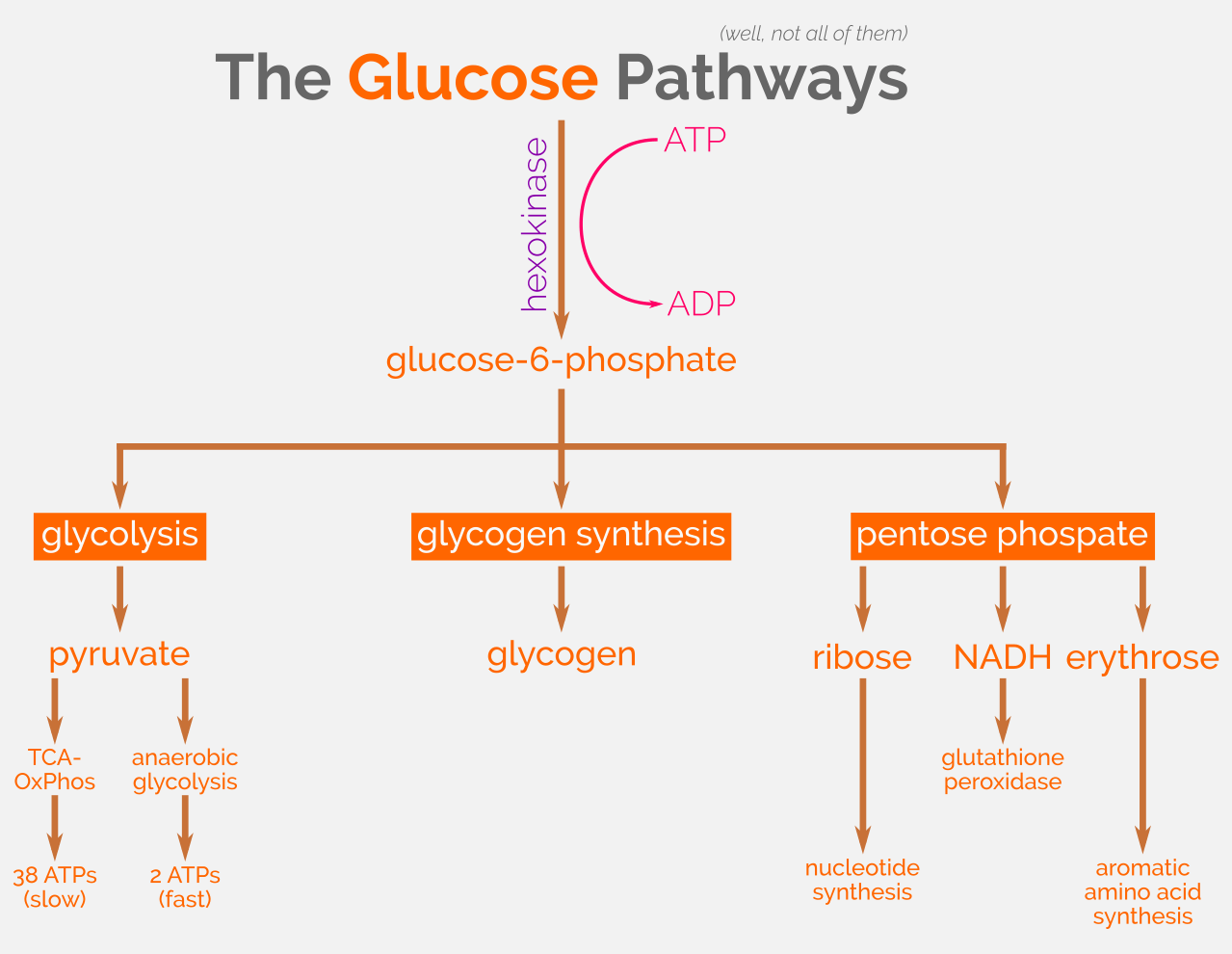 Some of the glucose pathways. CC-BY 4.0

G6PD is a subset of this big picture. It is the gatekeeper for the pentose phosphate pathway (PPP), thus also functions as the rate-limiting enzyme for this PPP. 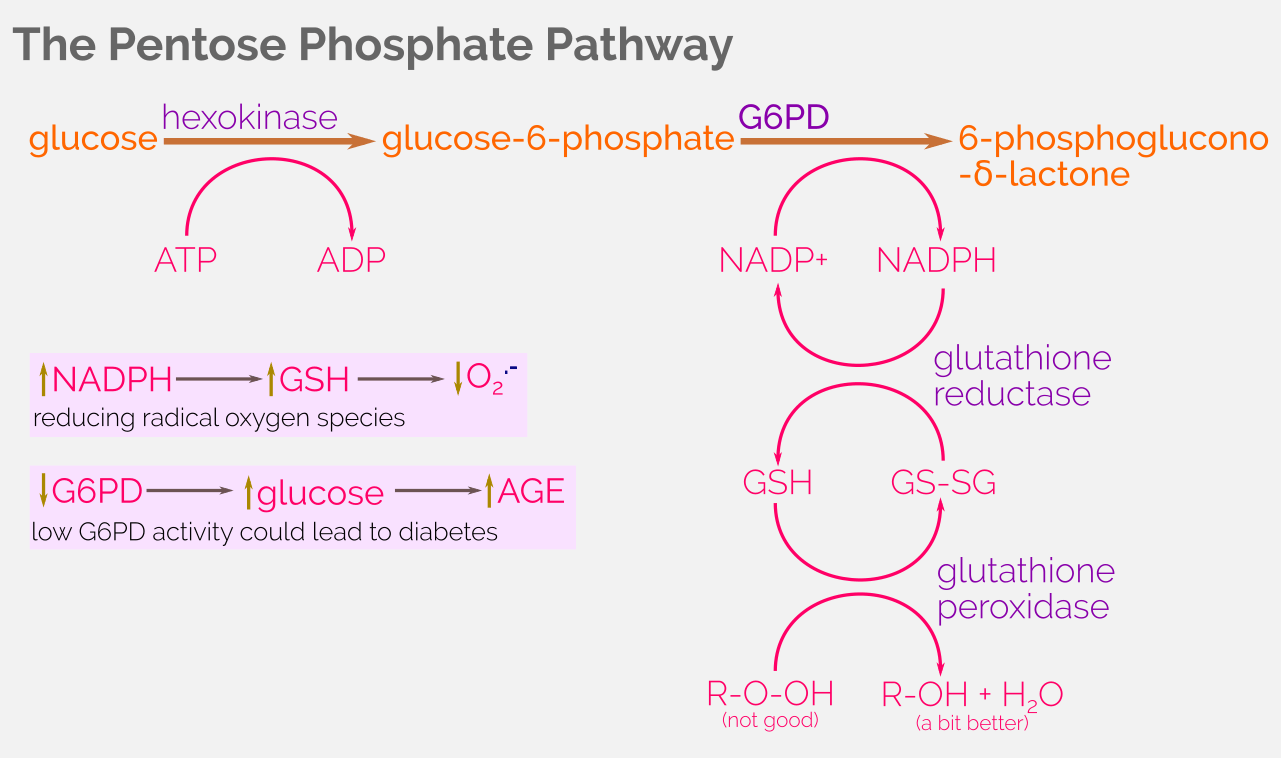 Deficiency of the G6PD activity decreases the number of available NADPH, thus rendering the decline of the glutathione peroxidase enzymatic activity. This has a profound impact especially in red blood cells, a phenomenon known as the defective red blood cell (RBC) metabolism.

Deficiency of G6PD activity is also implicated in type 2 diabetes mellitus (T2DM). Due to the decreased activity of the G6PD, free glucose molecules are circulating at a higher concentration, thus causing damage due to the advanced glycation end-products (AGEs). However, G6PD deficiency is not the only factor since diabetes is a complex multifactorial metabolic disease.

The good thing about G6PD is that it confers partial/full protection against malaria. When Plasmodium falciparum infects an RBC, it puts a significant stress on that RBC, thus causing it to self-destruct before the parasite is matured enough to cause real damage. This is pretty much the same protective mechanism for individuals with sickle-cell anemia.

That’s all for today!