So here’s the story. I found a paper describing a cohort study and looking at what else could have a relationship with autism spectrum disorder (ASD). The authors of this study came with a pretty controversial conclusion (at least to me): if a mother doesn’t consume enough vitamin D, the fetus she’s carrying might have a risk of developing autism.

I read the paper, sifting through it, and made a cute infographic. 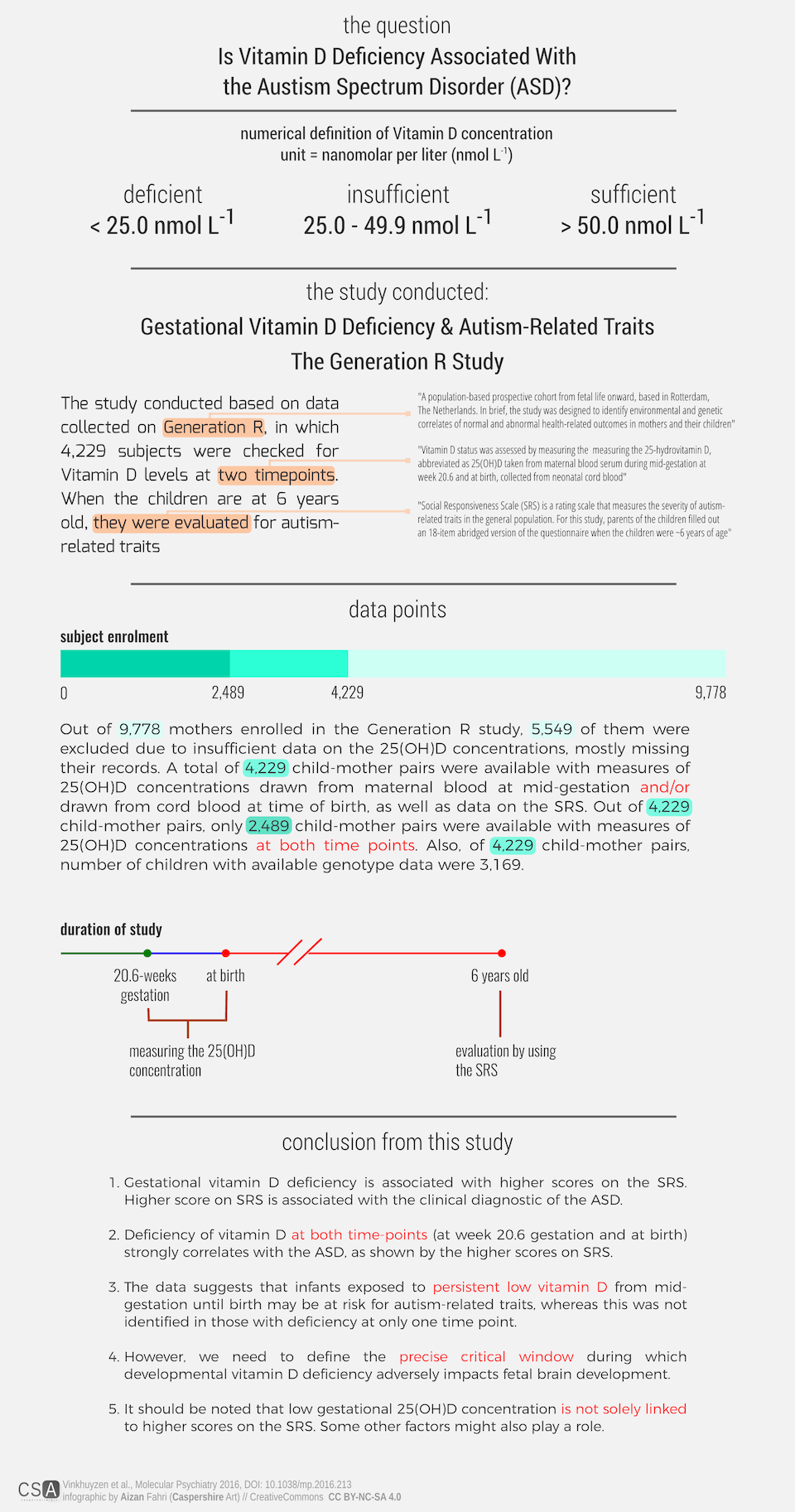 However, we still have a long way to go here. Autism is one of those diseases with no clear genetic connection (e.g. endophenotype).