Following the previous piece I wrote on poliomyelitis, I’ve decided to take few steps further into the story. The idea has transmogrified into a beast I could hardly tame within a short period of time.

I am going to follow the discourse on the history of anti-vaccination movement that took place after the publication of a study back in 1998 by Andrew Wakefield, in which this publication had cost him dearly: his medical license was revoked and he had no right to practice as a doctor in United Kingdom. His findings were regarded as flawed due to poor experimental design and controversial correlation between MMR vaccination and autism spectrum disorder. I think it would be great if I could dissect the reason why his experiment and findings were flawed with regard to standard in scientific studies, and and I would like to know how the findings were manipulated (exploited?) till it had inspired anti-vaccination movement all across the globe.

Here I made a mind-map that illustrates the structure of information that I wish to include in that super-long essay. 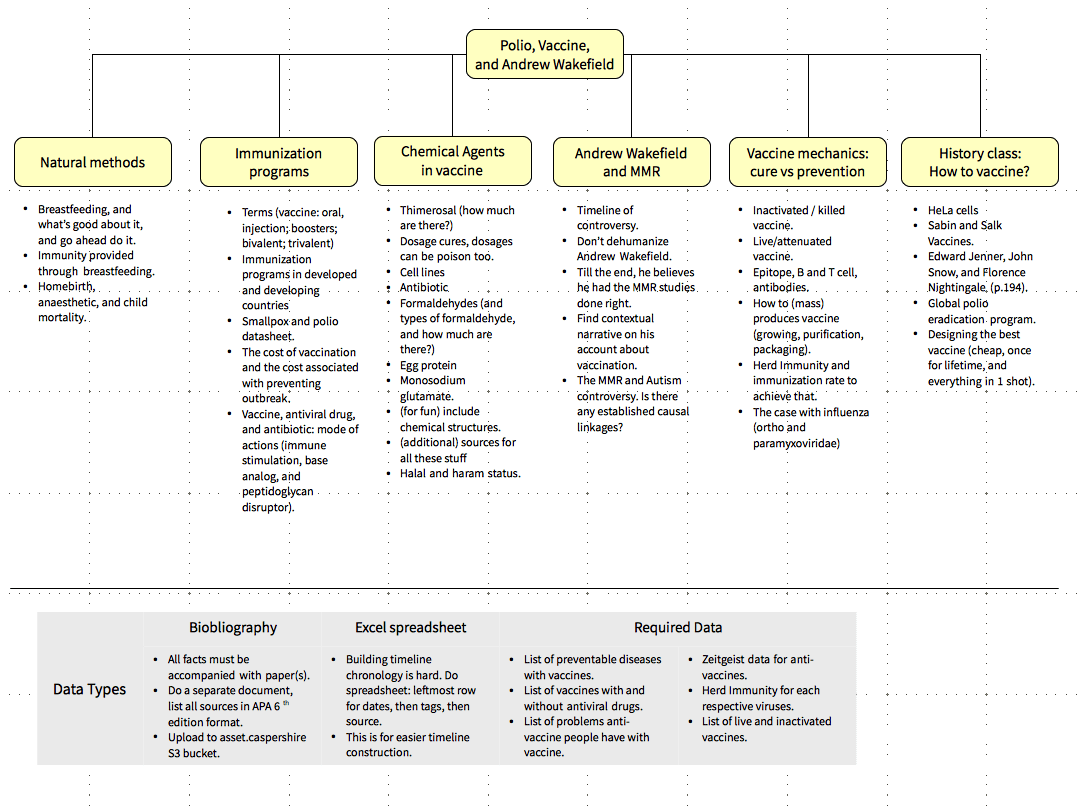 Yes, it is really a beast. All those ideas are disjointed, explored in isolation from each other. I need to find a way on how to link them together to produce a coherent, in-depth article that everyone would have it as something easy to digest. FYI, the full rundown will be in Malay language, and hopefully I will have it published on Amanz after I got my final exams done within few more weeks.

This beast is going to be hard to tame.

And I hope it will be a blast.