So I found a workaround, which was written here 4 years ago. The solution is pretty simple. Navigate to:

We should see two binaries: dia and dia-bin. Let’s open dia binary with our favorite text editor. Right after line 39, add this line:

To illustrate with a screenshot: 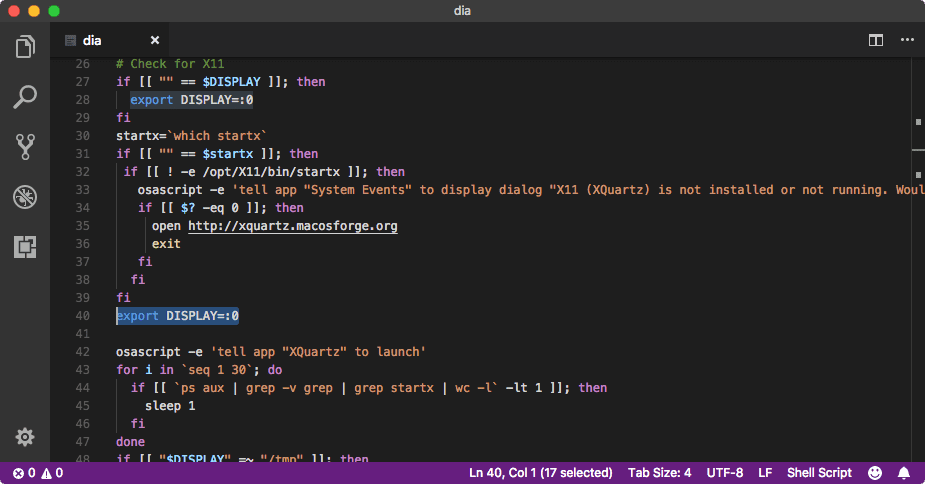 Close XQuartz, if it is currently running. I think it is a nice idea to log out and then log back in. After doing this, I could use Dia on my macOS to draw UML diagrams.

Side notes: I’d been trying some UML softwares (Modelio, StarUML, etc). Even though Dia looks a little bit like 90s, it works pretty well for me.