Weeks ago I noticed something strange that happened quite frequently to my Xubuntu 17.10 virtual machine (Windows 10 host). After a few hours (sometimes could be minutes), I lost my network connection and I had to restart the network connection manually with systemctl.

I tried turning off the Windows power saver option & disabled the power-saving feature for the network hardware adapter, but I still faced the problem. Then today I thought to myself if I could not prevent this from happening, let’s automate the recovery.

I copied a script from here and modified it a little bit.

This script only works if Google Public DNS 8.8.8.8 will never go down. This script was saved as netreboot.sh in the folder /usr/local/bin and made executable with chmod +x command.

To run this automatically, I used crontab.

Open crontab with this command:

The syntax */1 means crontab will attempt at running this script every 1 minute.

It worked for me and I felt slightly relieved.

There’s one more thing though. When networking gets restarted, the local IP address could change. Here’s what I did: 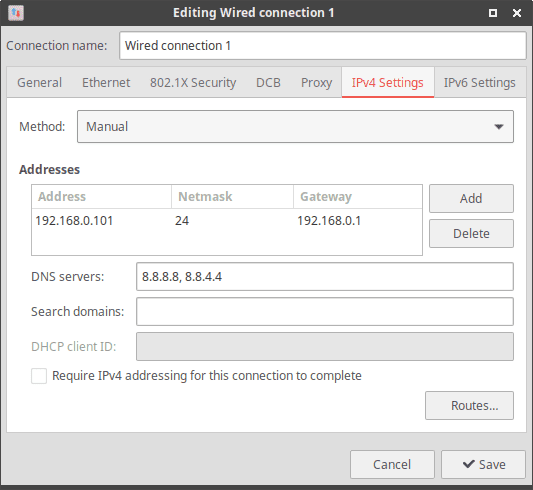